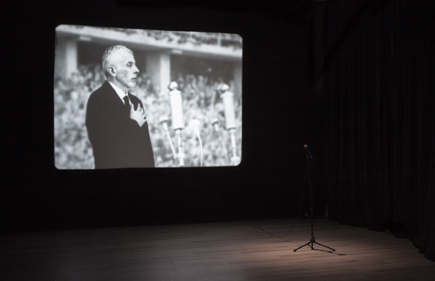 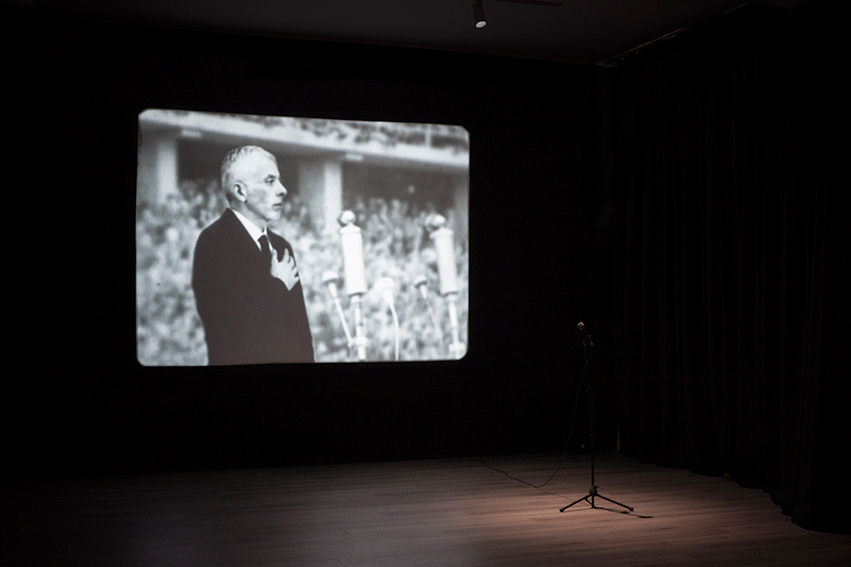 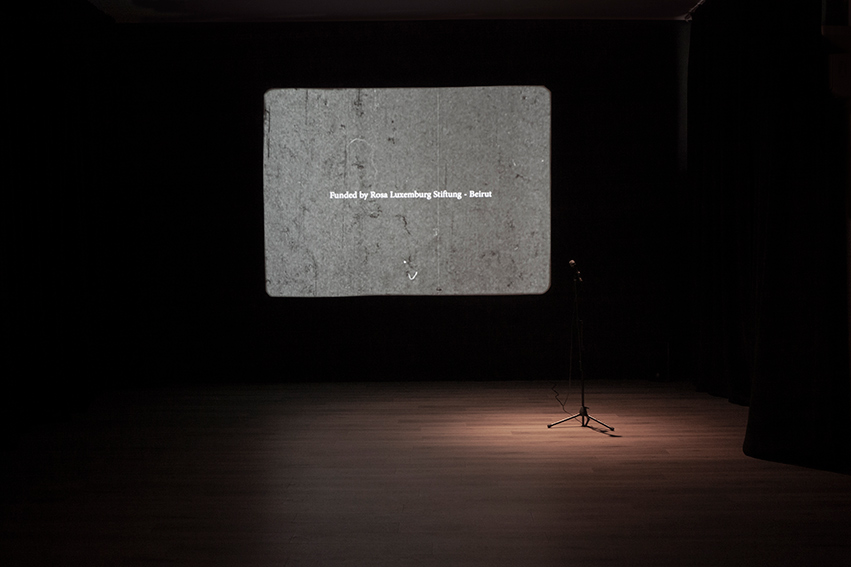 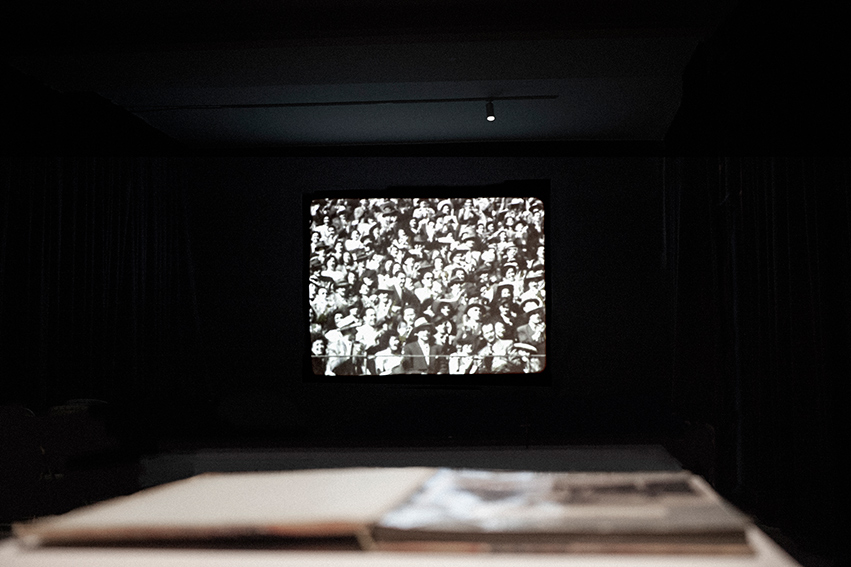 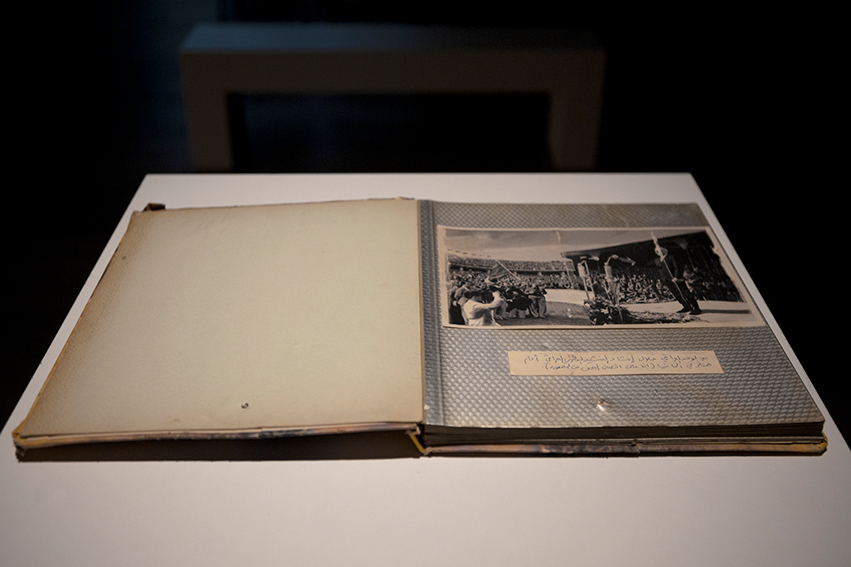 One channel video installation and a composite photograph

The lack of archival resources in Iraq had opened windows for different interpretations. Places and happenings had turned anecdotal. Context had turned them into traditions with new content. Facts have abandoned their authenticity and their existence in time by turning into myths.

Since the founding of the modern state of Iraq, the country never had an official national anthem to represent it. Yet, subsequently numerous anthems arouse with direct connections to who ruled the state.

According to rumours, the country’s earliest national anthem was sung for the first time in Germany in the1930s by an Iraqi delegation during an international athletic event.

The Iraqis were surprised to learn upon their arrival at the big stadium that all the participating delegations were requested to sing their national anthems. At the memorable and embarrassing moment and in the presence of Adolf Hitler, the head of the Iraqi delegation sang a children’s song, which was written by an Iraqi Jew named Balboul.

Balboul was an Iraqi Jew swimming instructor, who used to sing this song while swimming ahead of his students in the Tigris river. He would sing loudly: “Bely, Oh Balboul” and the students repeated after him: “Bely”.

The members of the Iraqi delegation were so surprised by the reaction of the masses.

Until this day, Iraqi children still sing this song in alleys, schools and house courtyards.

The video is a pseudo-documentary based on an imaginative visual realisation of an event that might had taken place in the 1930s in Germany.