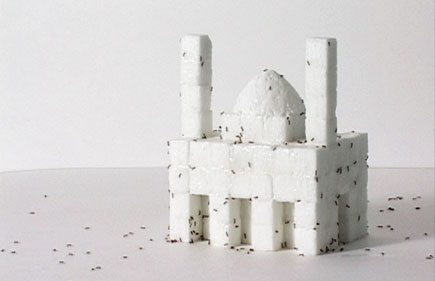 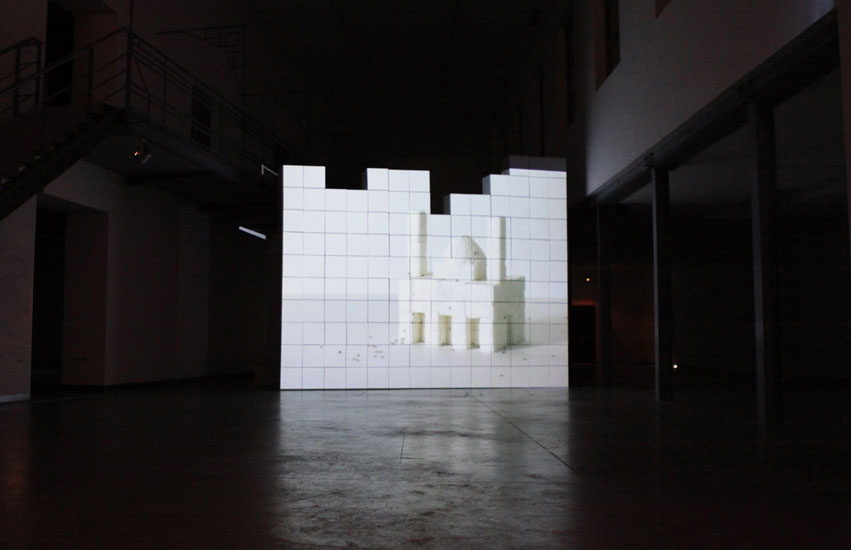 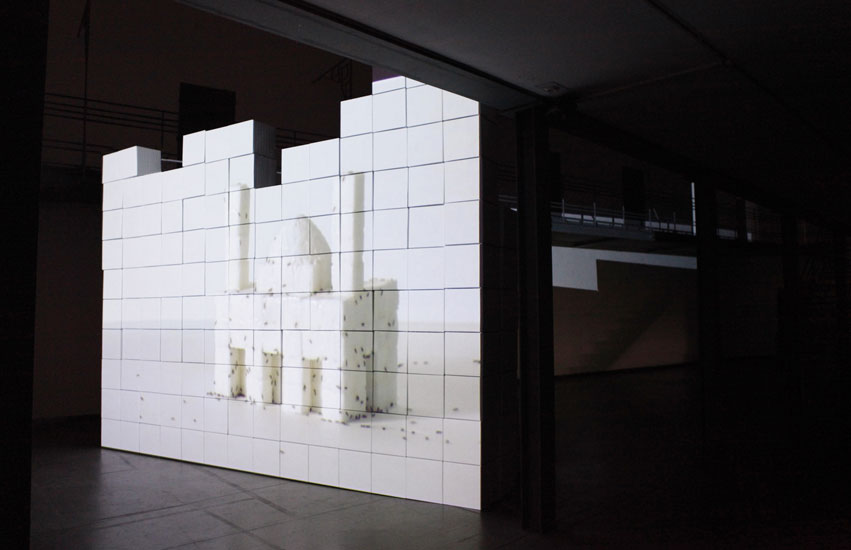 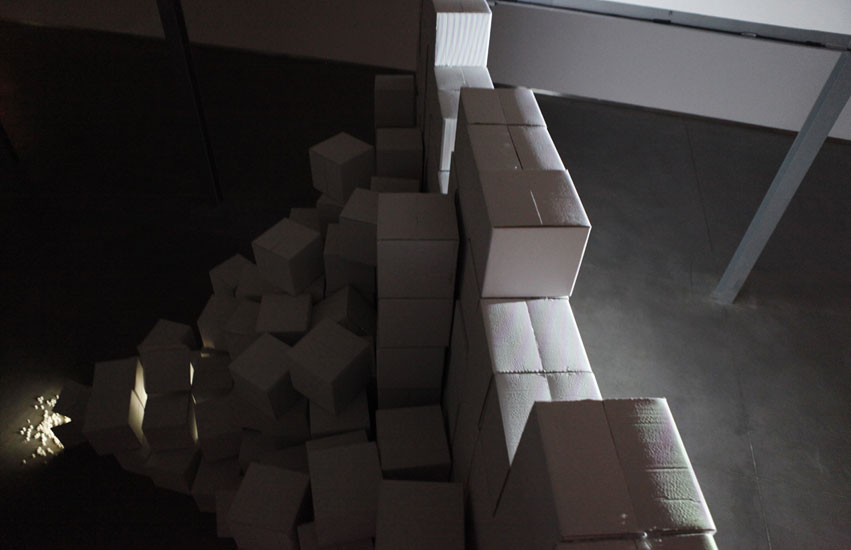 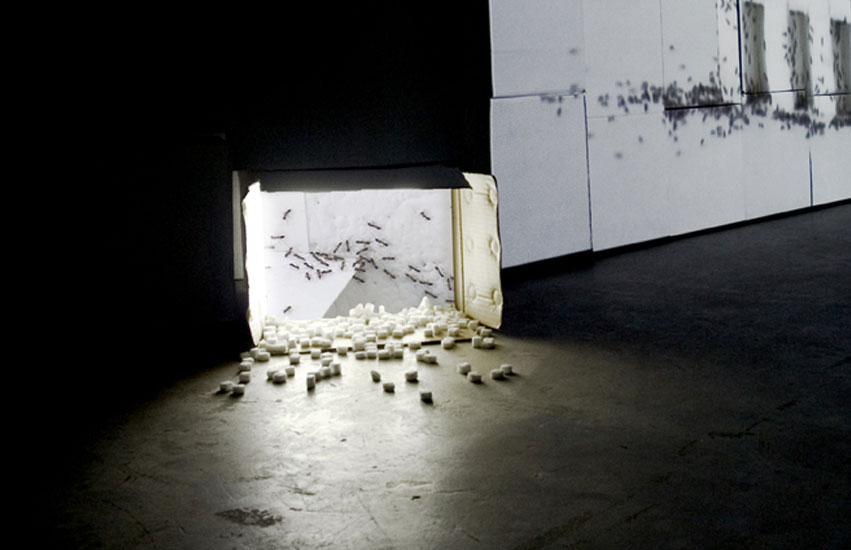 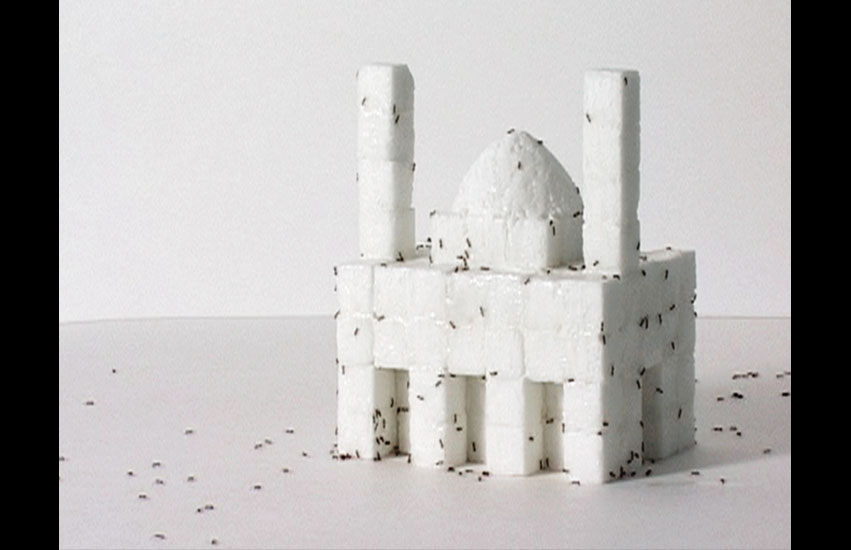 Tasty investigates the true motivation of certain people that frequent mosques. Some are criminals hiding behind religion that use this faith to warrant favours and goodies in this life and in their belief in an afterlife. It is all about economic gain. By building a mosque made of sugar, placed near an anthill, they exhibited the same drive that this work expresses. The ants are naturally attracted to the mosque made of sugar, gradually approaching it, climbing on its walls, and finally breaking it into grains. They are motivated by the basic impulse to feed themselves then an urge to worship on a higher level of consciousness.