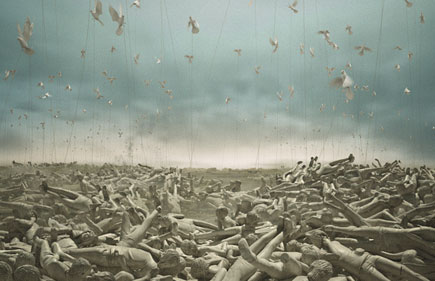 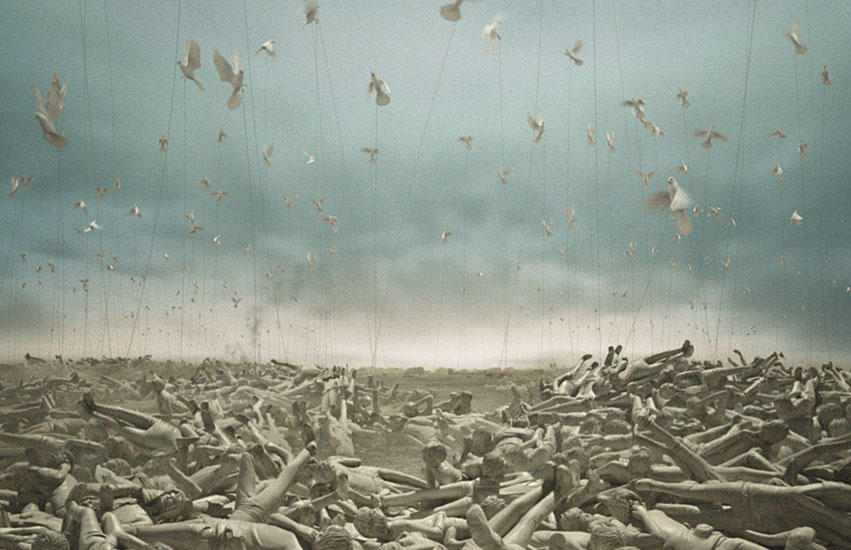 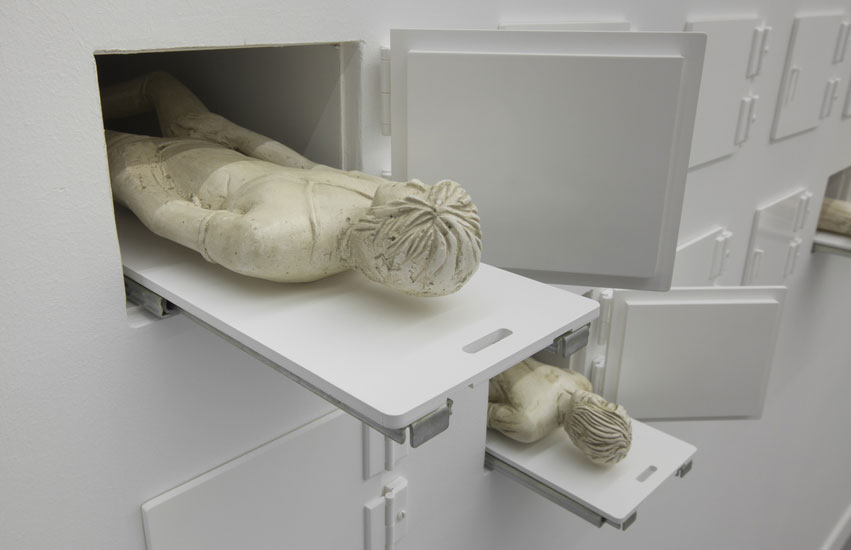 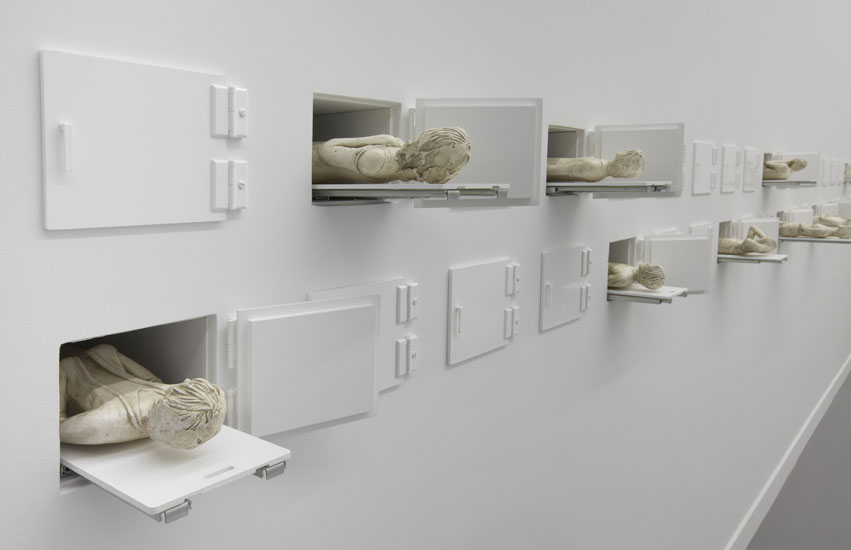 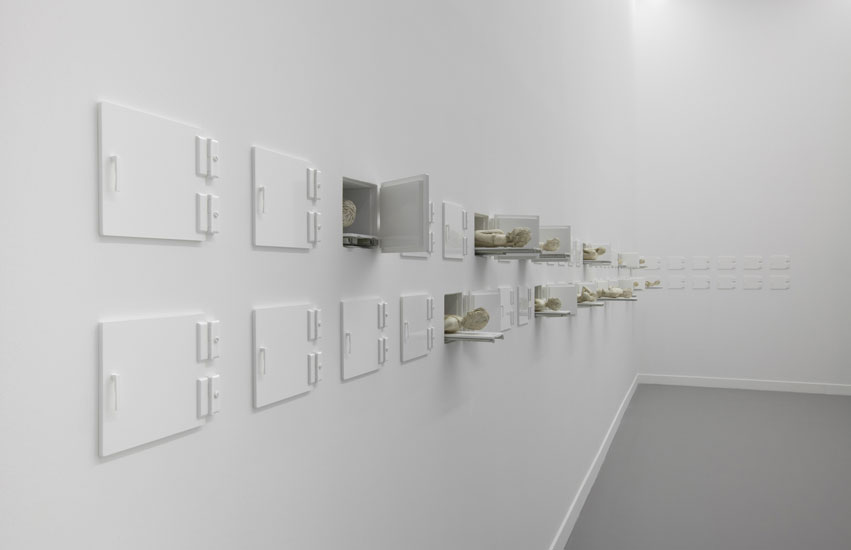 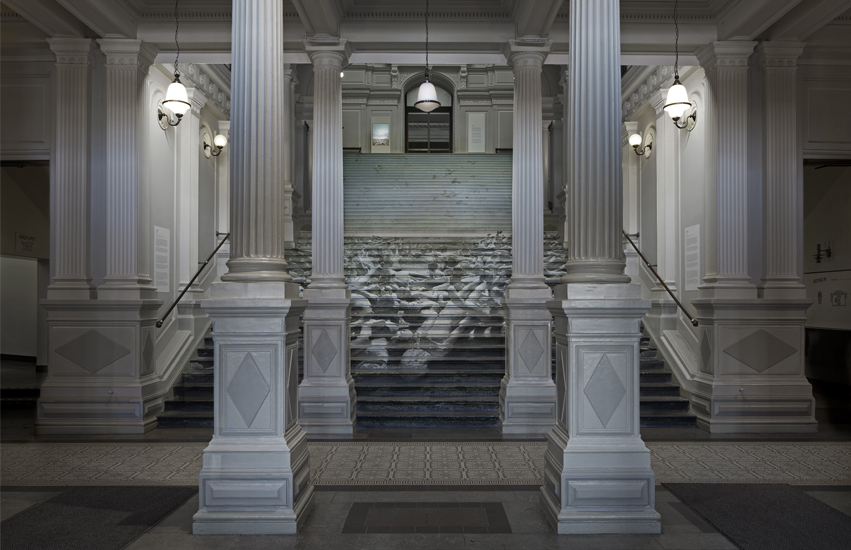 Symphony is a tribute to Iraqi teenagers with “Emo” appearances; a Western trend that consists of tight jeans and long black or spiky hair- cuts, which covers half of the face. Those teenagers were stoned to death by religious extremists in Baghdad in 2012.

The video installation has a painterly portrait-scale scene that depicts the aftermath of an imaginary massacre. The corpses of the stoned youth are depicted as statues, icons, and even sacred figurines. A thread connects each body by its mouth to the leg of a dove. The doves (souls) flap their wings in vain, attempting to escape yet they are anchored by the weight of death. The flutter- ing wings form a white cloud in the sky registering the only move- ment in the work. The viewer is left to watch the stillness of death against the frantically flapping wings. The sound of the birds, their whistling cries and rustling wings, creates a soothing yet terrifying sound track of white noise. It is a symphony of death.

The piece continues with the sculpture-based installation; Small white doors installed on the wall; some of them are closed, while others are open with sliding drawers that allows the viewer to interact by pulling them out where he/she would see the 37cm long dirty white statues that represents the looks of the actual teens who were killed. The very same statues were used as props in the video.