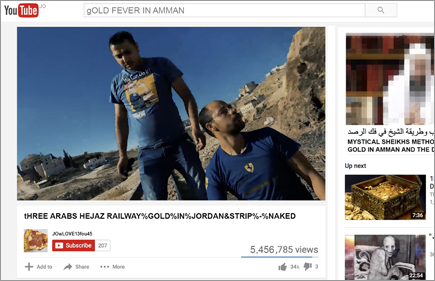 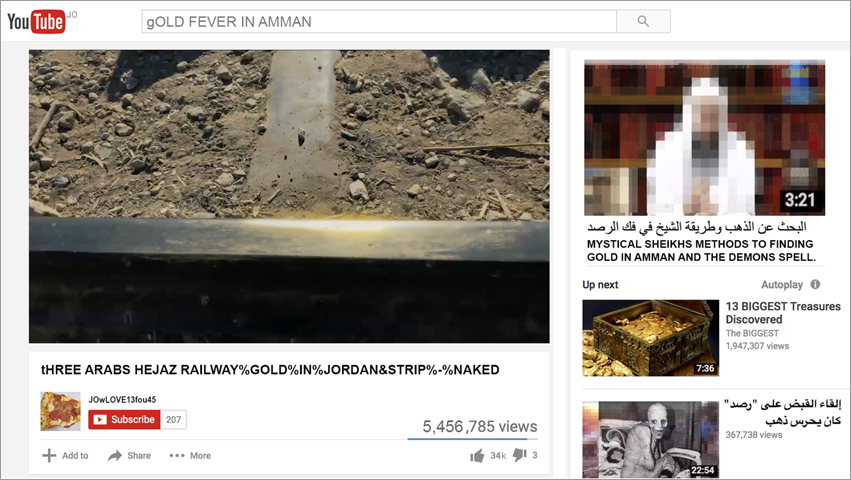 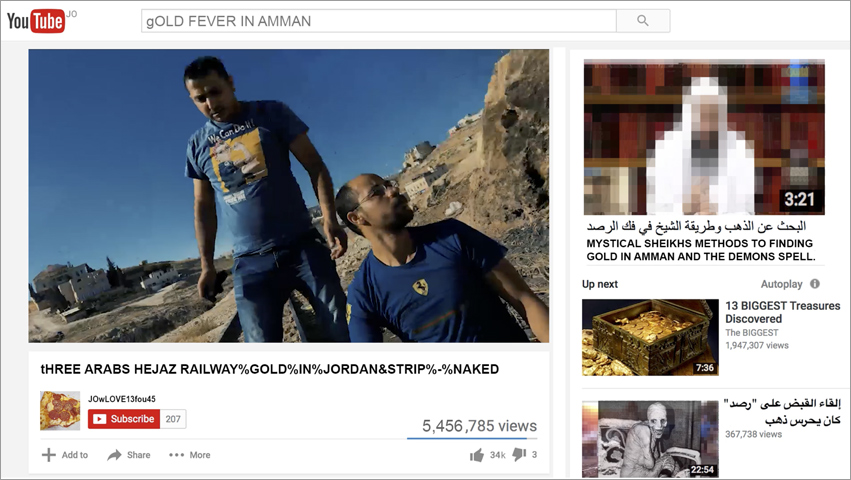 Many Jordanians believe in the legend that Ottoman soldiers, fleeing the aftermath of the Arab Revolt in 1916, hid gold coins along the Hijaz railroad. Supposedly they marked their hiding spots in order to collect the gold upon their return. This legend and the hopes that are associated with finding the gold, was passed on from generation to generation. Searching for the gold has swept across Jordan with great intensity over the last few decades. In some parts this even resulted in the destruction of archeological relics by treasure hunters. Parallel reality discusses the myth and unveils what is under the many layers of this legend accumulated over the years.

Parallel reality, argues those who live two lives, one that practices what its required and one that dreams to jump off their poverty in finding the legendary gold. A hope that keeps many alive and not really paying attention to their economy.

The video presents three of young and middle aged Jordanian men, heading early in the morning searching for the legendary golden rail-track,. An adventure that they have had gone through many times and failed,. But this time, seems certain, as one of them knew an exact location, as he had seen some parts of it showing underneath of the pile of rust that had been gathered with time.

One turns his mobile camera on, to document this new adventure, they walk along the rail track, until the guy who is leading them, stopped and shouted, “Didn’t I tell you?”… they followed his stretched arm from the shoulder until his finger tip, that was pointing on a scratch on the track, and saw some glow, they ran and start cleaning up the track with what ever they found.