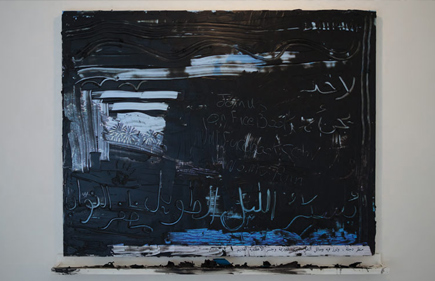 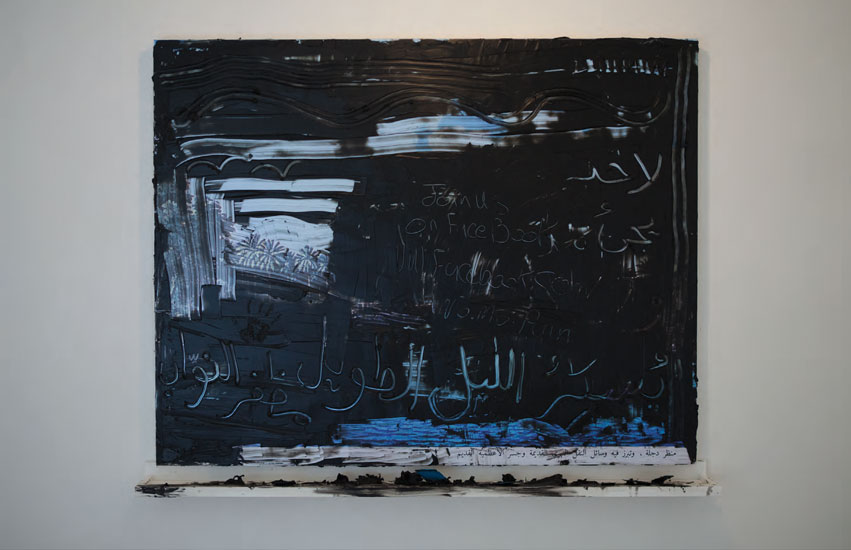 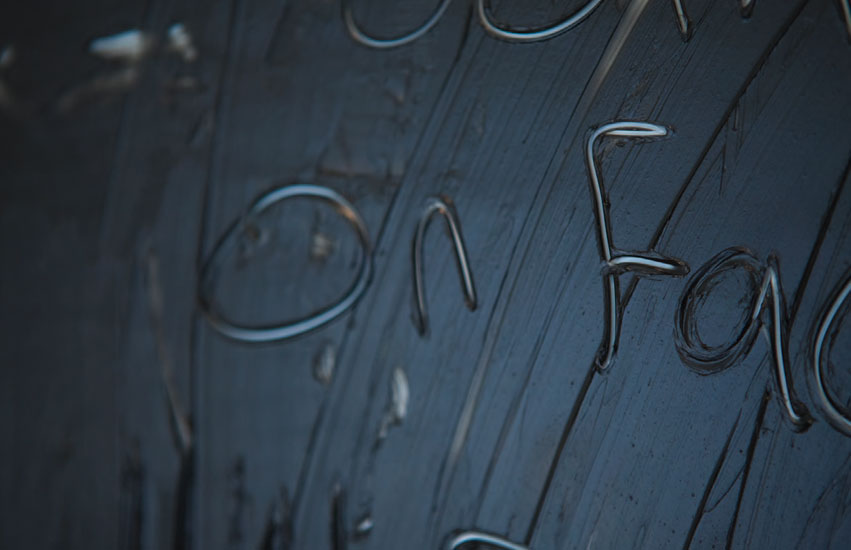 During the Operation “Desert Storm”, oil fields in southern Iraq were set on fire causing an intense, dark, smoky cloud, which covered the sky of Baghdad. That caused black rain poured over Baghdad. White buidlings were covered in a layer of black.

The foundation of the work; is a scanned image of a painting by an Iraqi pioneer artist; Abdir Al-Kader Al-Rassam (1912), a few years before the discovery of oil in Iraq. A window into the dark future of Iraq, the image illustrates the Tigress River in Baghdad.

Covering the painting with thick layer of black grease oil, seduces the viewers physically interact with the work, adding their own layer of discovery and under- standing.

Plastic gloves and tools left for the viewers to use in their interaction with the work. The work became a live painting, that changes whenever there is a viewer in the space.