Life is Short, Let’s Have an Affair 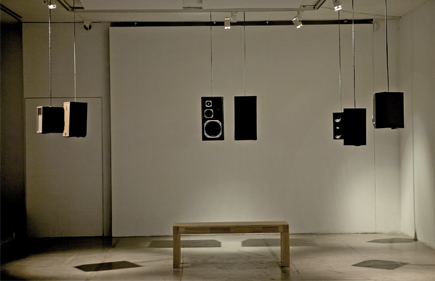 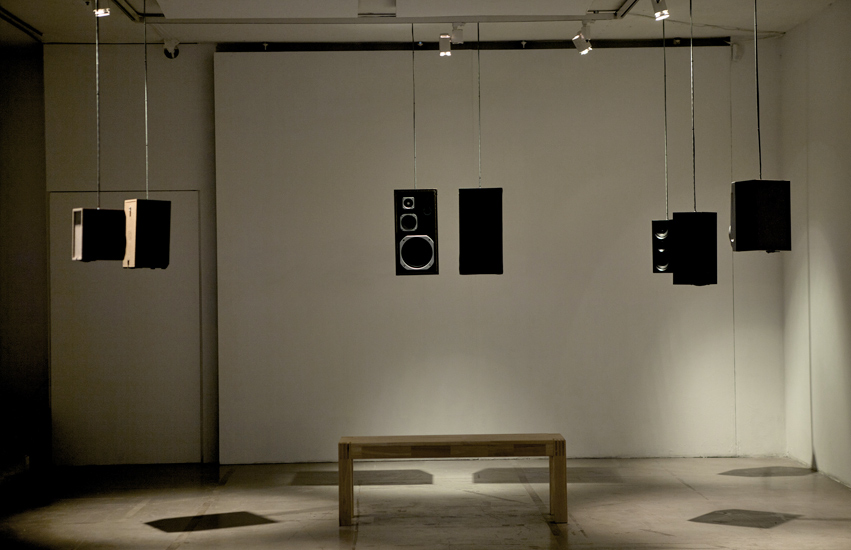 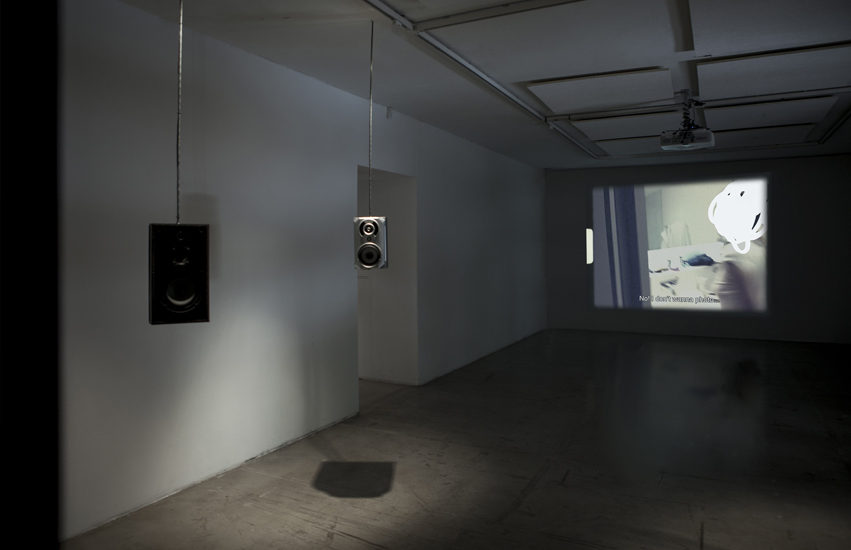 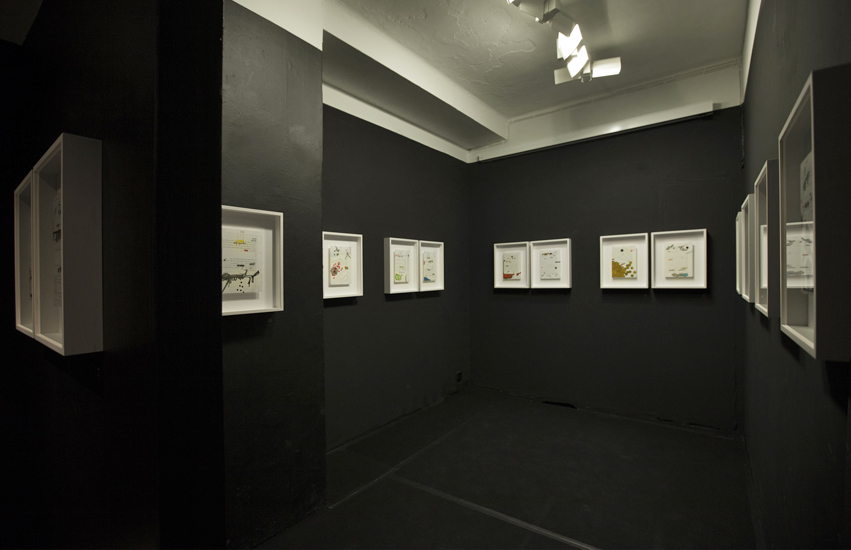 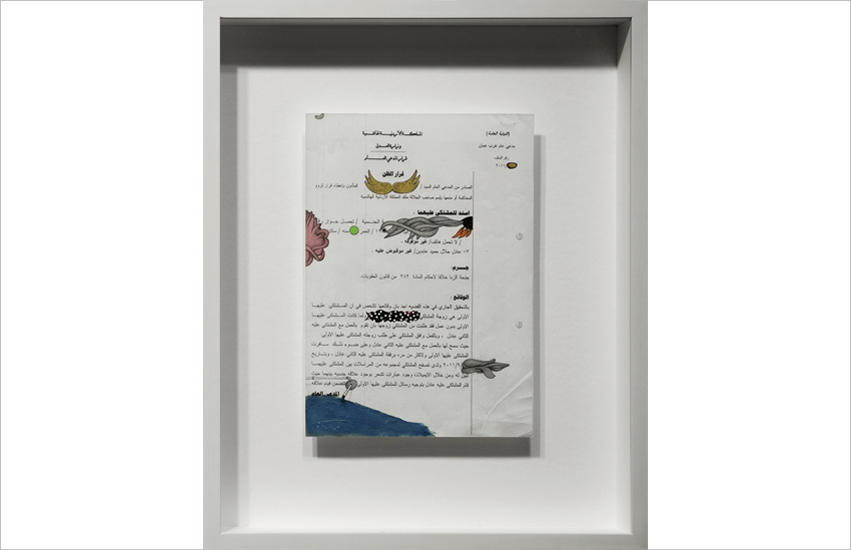 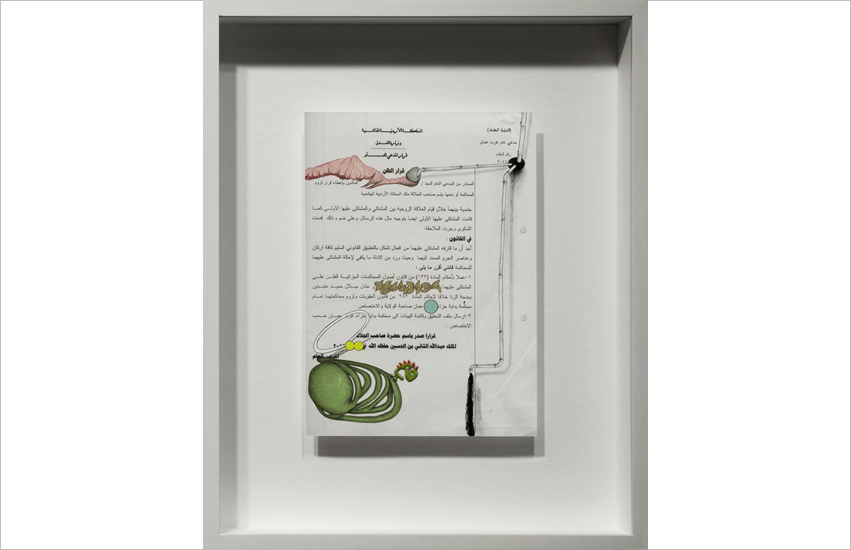 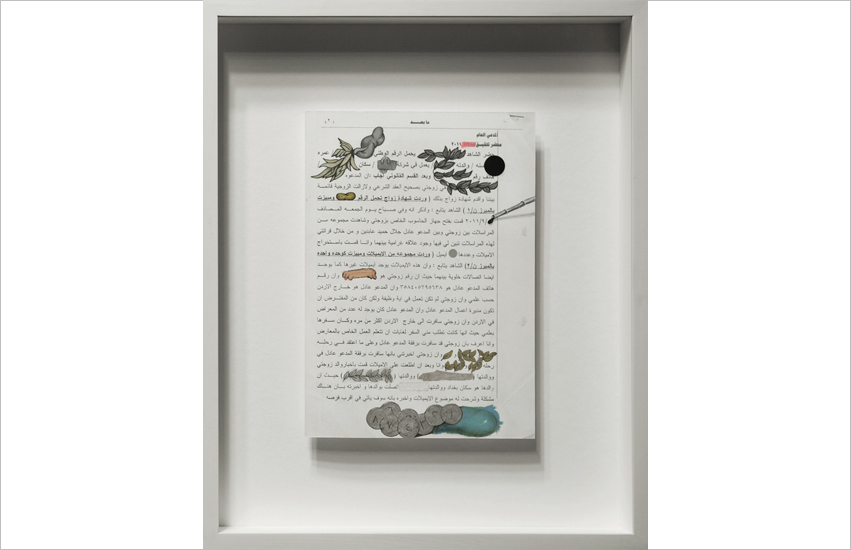 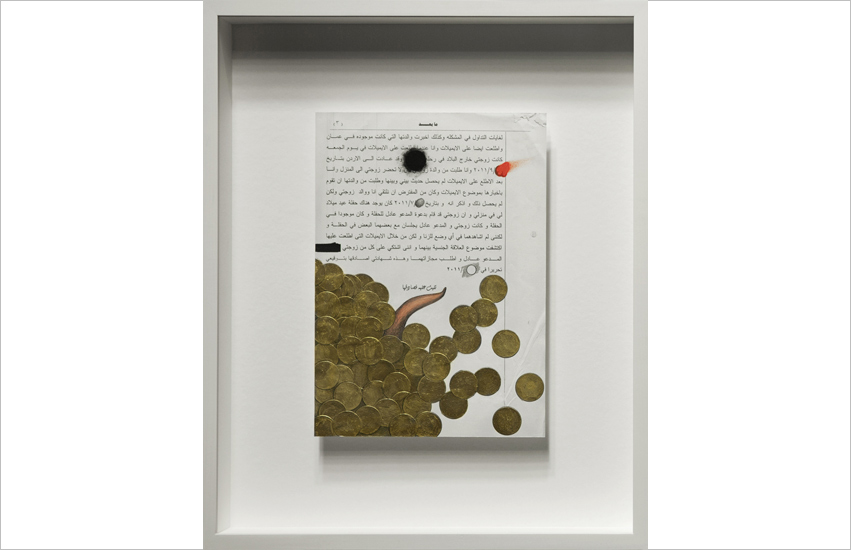 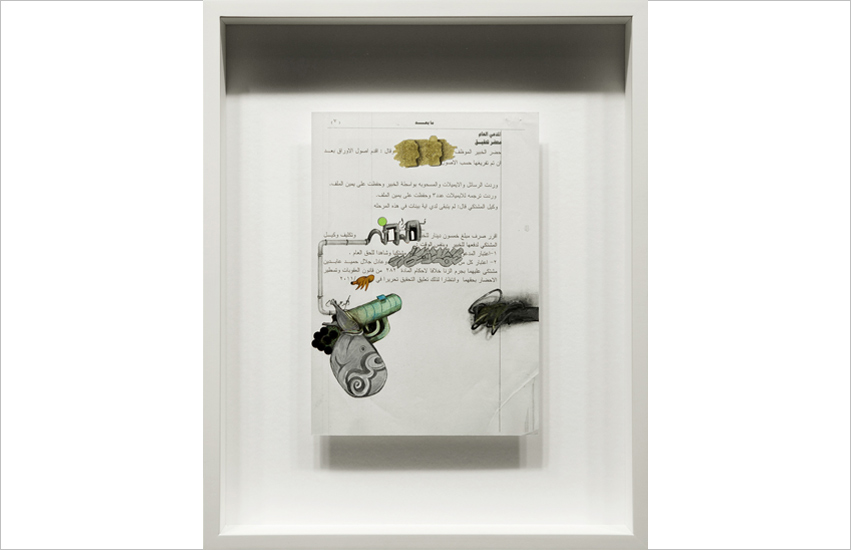 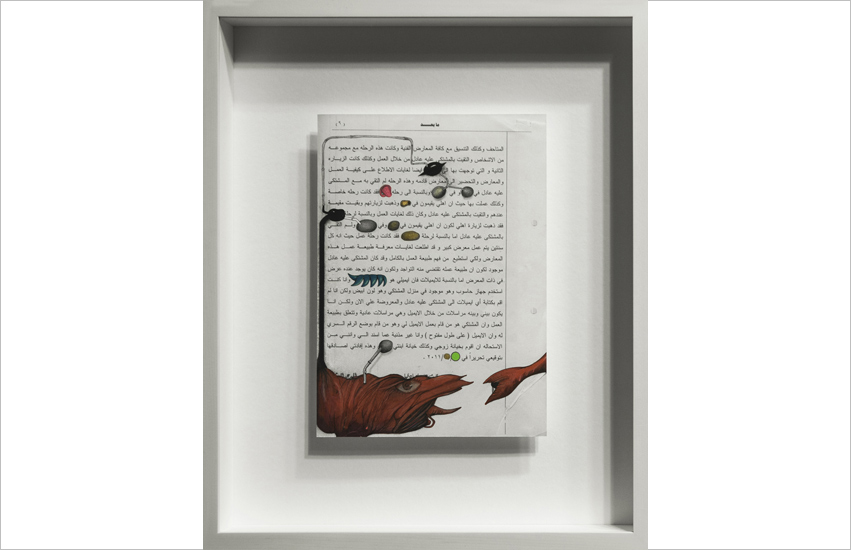 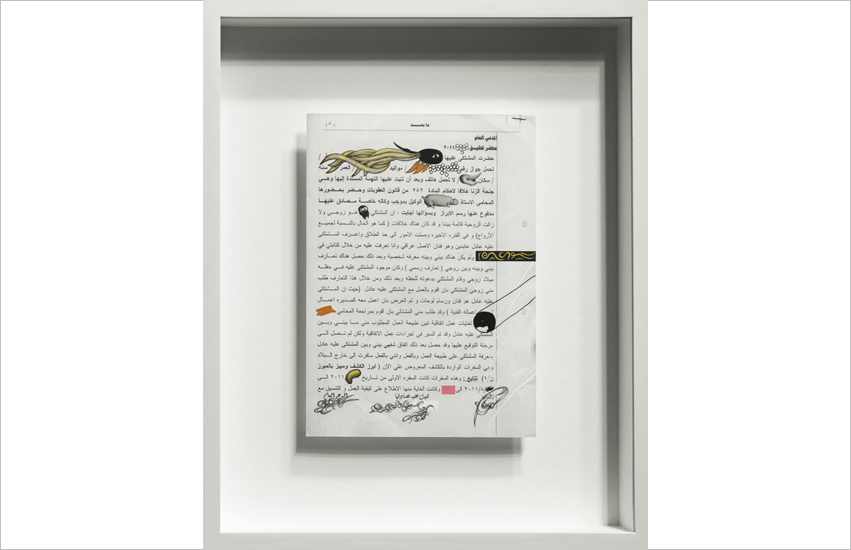 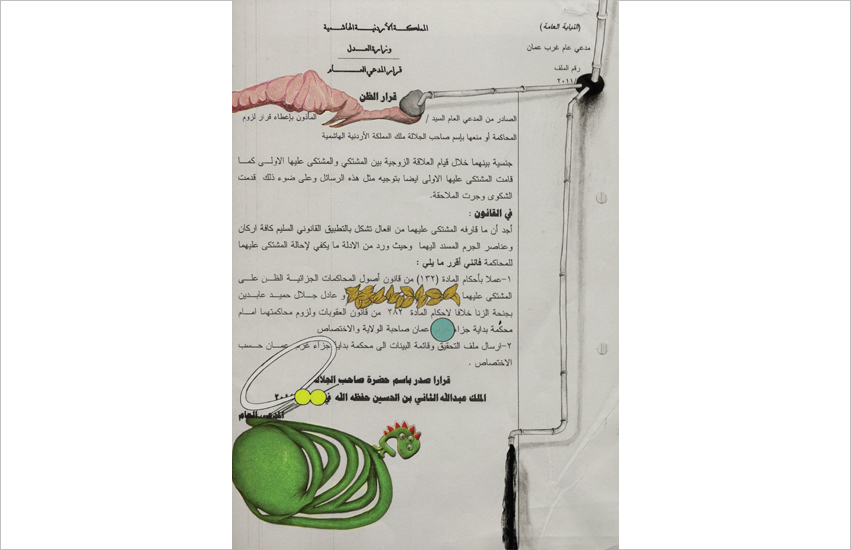 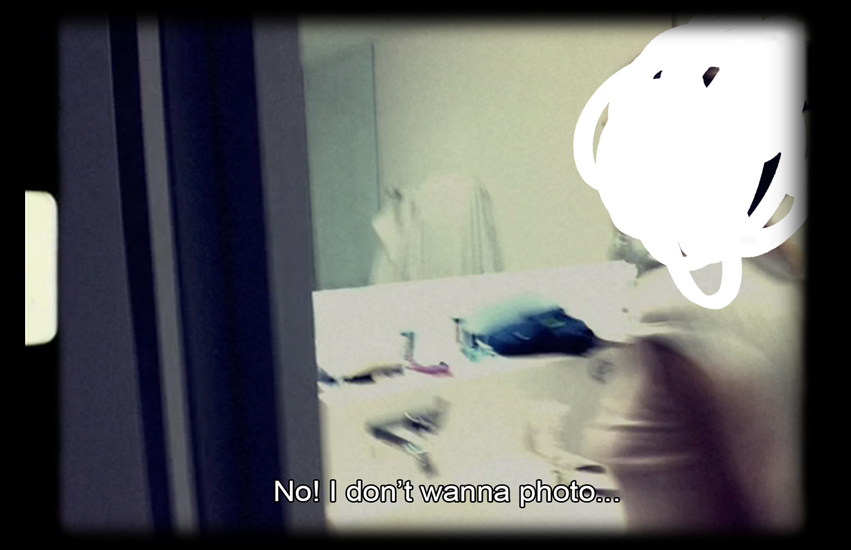 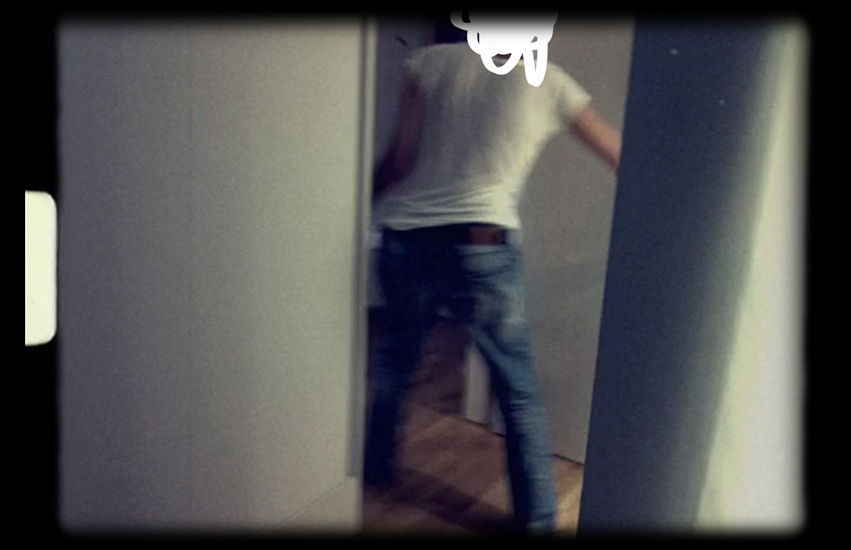 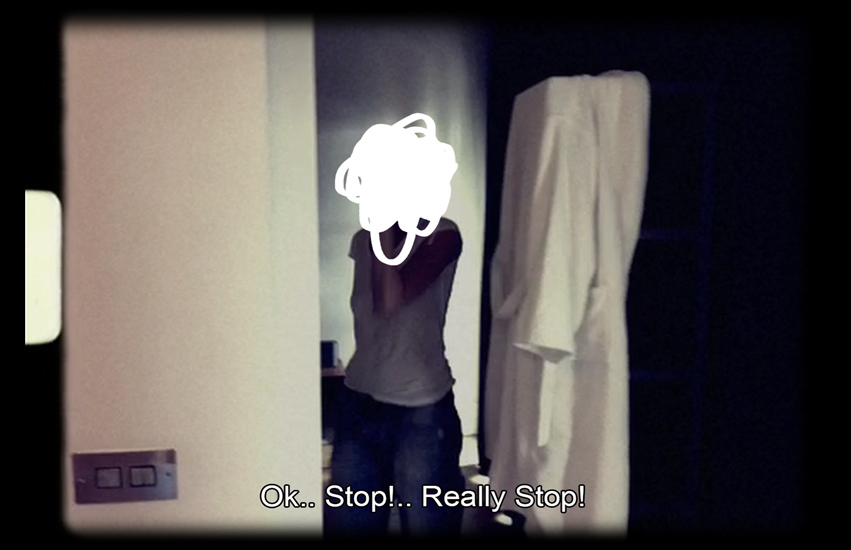 The installation is based on an actual situation that occurred in the artist’s life. A Jordanian citizen had accused his wife and the artist of committing adultery. Under Jordanian law, if the complainant is successful, the two accused parties can be put behind bars for three years. Through sound and video installations, the artist recreates the court case in complete accuracy, based on the official documents sent to the artist by his lawyer who represented him in his absence. The artist viewed these scanned documents as objects frozen in time. A kind of sketchbook in which he created symbolic drawings on to mark each documented event.

The artist viewed the characters involved in this case – a young woman, her attorney, a stenographer and the attorney general –as computer-generated characters, as presented in the sound installation; dry and unemotional figures assembled with ink on blank papers. The installation includes an I-Phone video of the woman accused, which engages the viewers on a more intimate level. The verdict exonerated the two accused parties of any wrongdoing. However, the experience of this ordeal led the artist to create a work of social and political significance. The artist questions a penal code that justifies discrimination against women.

Why does a husband have a legal right to accuse his wife of adultery when a wife has no right to accuse her husband of the same act? The artist also questions the existence and legitimacy of this law, which is neither constitutional nor Islamic. Instead, it is based on patriarchal social values. These values exist due to a systematic manipulation of gender roles both in the media and within society.