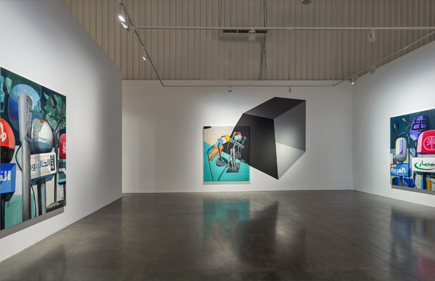 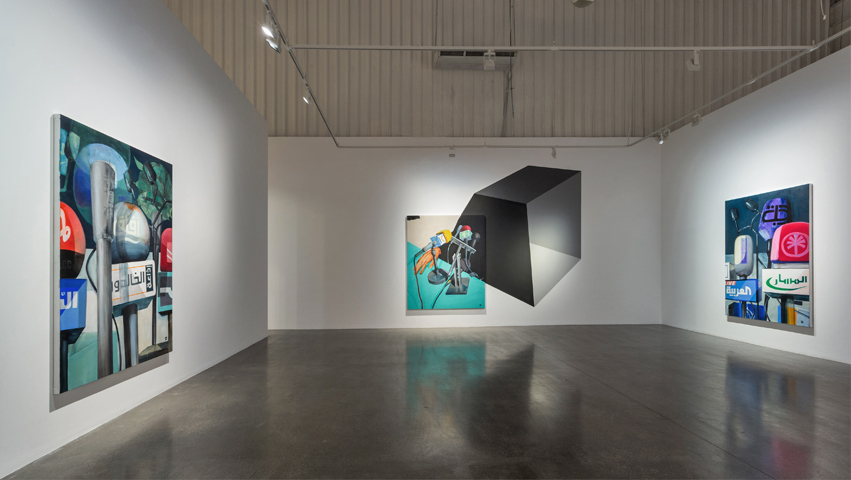 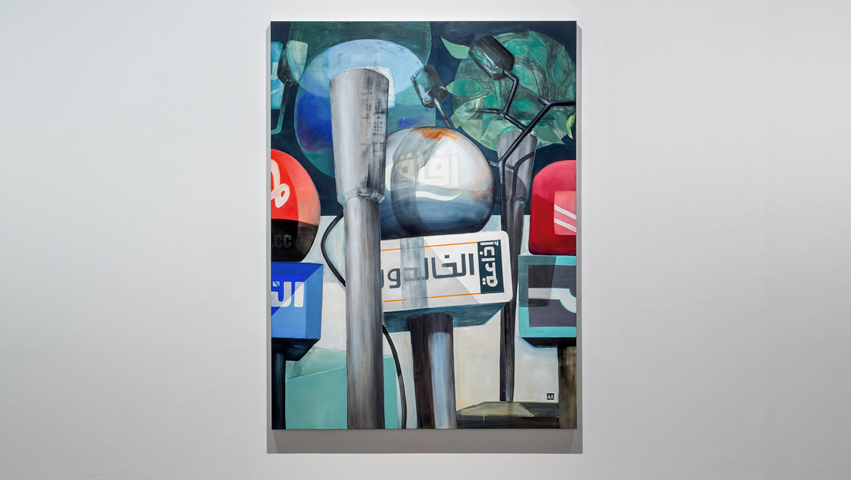 The Absence of The Cleric 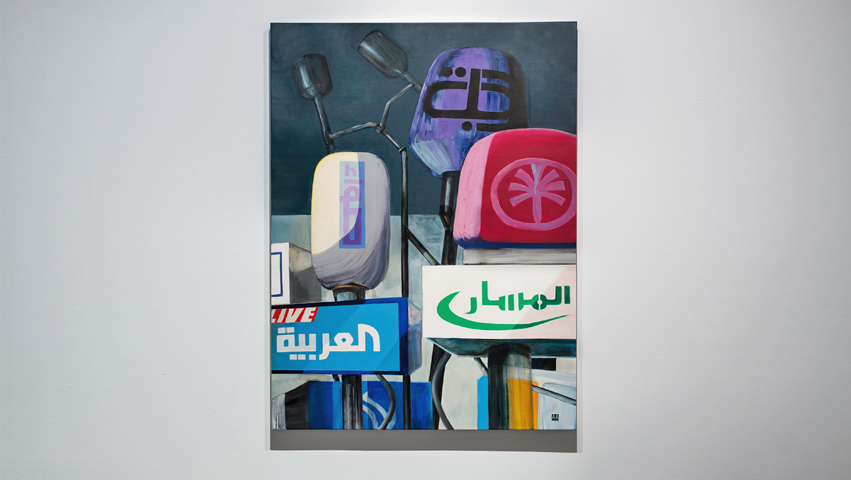 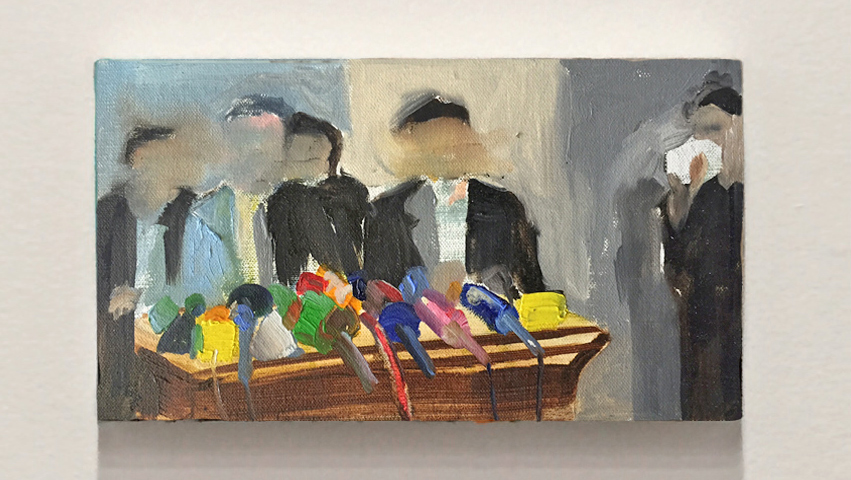 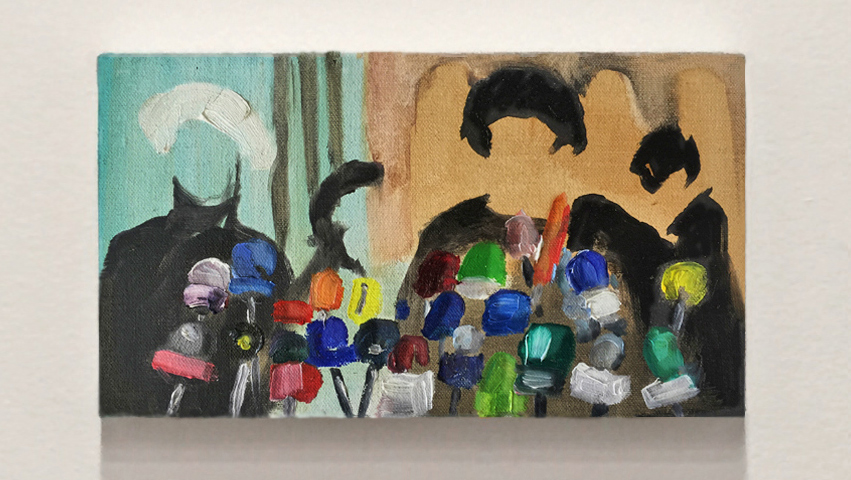 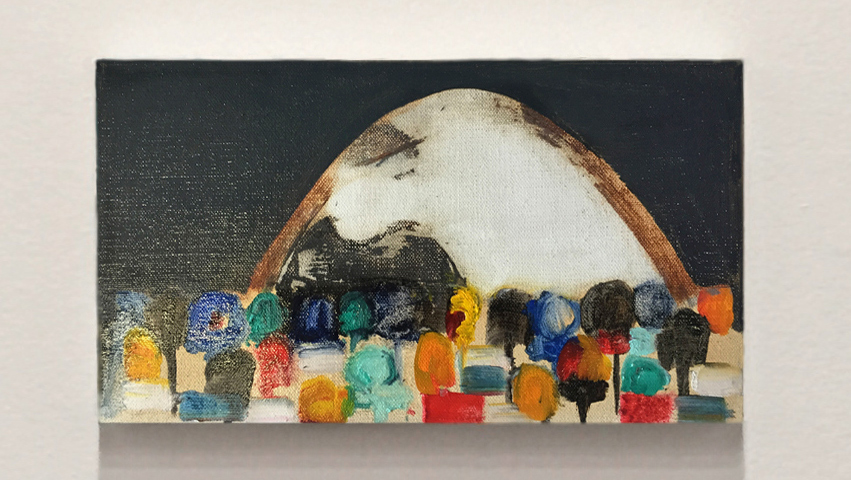 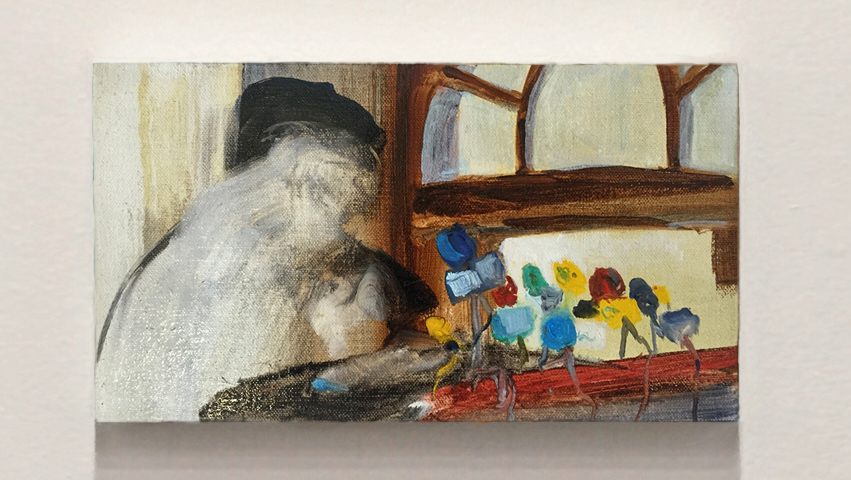 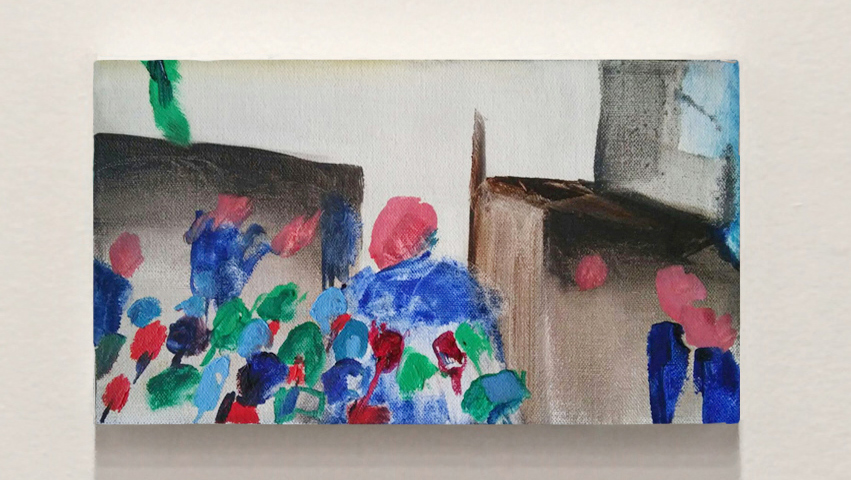 The role of the news stations has become increasingly significant in the spread and containment of ideologies, revolutions and counter-revolutions. These often share similar graphics, blinking text, and staged TV press conferences, I see them as formulaic.

Since the start of “Arab Spring”, Arabs were impelled to follow the news. Eventually I began to switch off from the content of the televised pronouncements, focusing instead on the visual impact of the presentations. “Once following the news, I was shocked when I saw the broadcast of one cleric speech. That broadcast made stop following the speech and forced me to pay my full attention to the amount of microphones. Layers and layers of very well designed colorful microphones were set in away that I could barely see the face of the speaker.”

Thus his starting point for each of these paintings is these microphones, making them – rather than the spokesman – the focus of the works. Branded by each media corpora- tion’s logo and color, these inanimate objects form the compositions of the paintings. In some they appear as large-scale figurative arrangements; in others as vibrant lollipops or playful toys. By appropriating and re-pro- portioning these nominally innocent inanimate objects they become tantalizing and seductive messengers in their own right, forceful vehicles of propaganda, legitimizing the absent speaker implied by them.