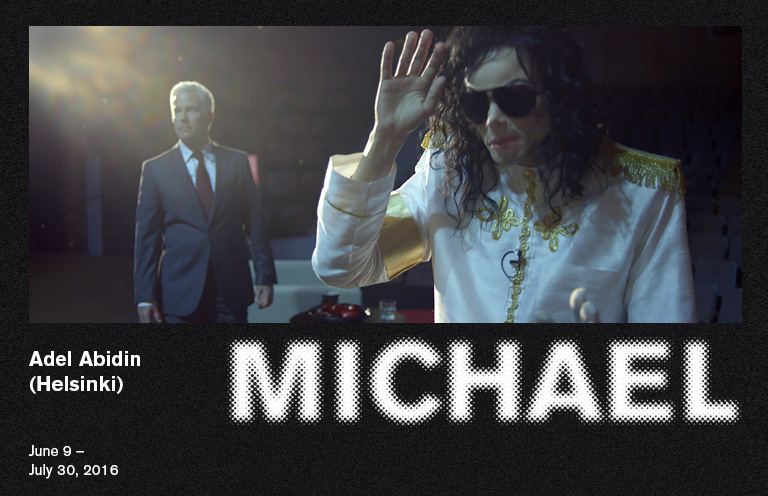 Adel Abidin is having an new solo exhibition today at the SAW Gallery in Ottawa. It will be a North American premiere for Helsinki-based artist. The show will present his new video installation Michael, an incisive critique of celebrity culture's ever-growing prominence in society.

In a meticulously re-created television studio, a newly resurrected Michael Jackson gives his first interview, but his words are strangely familiar: his prophetic answers are strung together from his most famous lyrics.

The opening reception will take place on Thursday 9th of June, 7PM-9PM.